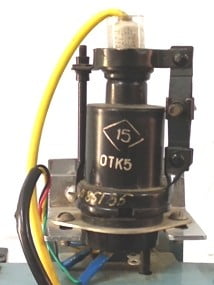 There are many types of microwave tubes; those are different from each other in terms of their mechanics of producing density modulation, acceleration and the retardation of electrons by short gap over an extended region. A Klystron tube is generated the microwave frequencies, this can be used as amplifier or oscillator of the microwave signals. Klystron was developed by Russell H Varian at Stanford University in 1939, in association with his brother SP Varian.

The klystron tube is also known as a tube. The high-velocity electron beam is generated by an electron gun, focused by focusing electrodes and then transmitted in the forwarding direction along a glass tube. In the glass tube, the electron beam passes through the input cavity, the drift space, the output cavity and then collected on the collector electrode anode. The input cavity is also known as the buncher cavity, the drift space is known as free space and the output cavity is known as the catcher cavity.  In microwave tube the anode connected to a positive voltage to receive or collect the electrons, while the output signal is collected from the tube through the resonant cavities. Two grids of the buncher cavity are separated by a small distance A whereas two grid of catcher cavity separated be small gap B.

The RF signal is used as an input in the buncher cavity for excitation or amplification of signal, which will produce an alternating voltage of signal frequency across the gap A. The bunches of electrons will produce due to this input voltage which will applied in gap A. These bunches of electrons are also known as velocity modulation of free electron beam. The process of velocity modulation or bunching is explained with the help of apple gate diagram.

In the apple gate diagram, each line represents distance-time history of an individual electron, the slope of each line being inversely proportional to the velocity of the electron it represents. Electrons entering the cavity at time instants A, B and C experience a zero value of the RF field and therefore travel without any change in velocity, these electrons are called as reference electrons er which will travels at normal velocity

Where V is the anode to cathode voltage.

It is also used as an oscillator.

Limited gain is available for a two-cavity klystron amplifier. This limitation cab is overcome connecting several two-cavity tubes in cascade, feeding the output of each tubes to the inputs of the succeeding one. Four cavities are cascaded to form four cavity system is shown in the figure.

In this cavity system, each transitional cavity work like a buncher with the passing electron beam, including an amplifier RF output than the past cavity.

For narrowband applications, the whole cavities are tuned to the same frequency, called synchronous tuning.

A reflex klystron is another type of klystron tube. In this tube only one cavity is used as a resonator and operates as an oscillator/ microwave generator of low power and low frequency.

It is mostly used in various frequency applications

The inner arrangement of reflex klystron is shown in the figure. Many sections are present in the reflex klystron, those are electron gun, resonator cavity, repeller, and output coupling. The repeller electrode is connected with a negative voltage and it reflects the partially bunched electron beam back to the resonator cavity. This provides a positive feedback mechanism which supports oscillations. Thus under suitable conditions, the electrodes give more energy to the gap than took from the gap.

The operation of reflex klystron is a little bit different from the two-cavity klystron because there is only one cavity. This single cavity is work like a buncher as well as catcher cavity. First of all, consider an electron A which passes through the resonator gap when the voltage across the gap is zero.

This electron velocity is unaffected by the gap voltage. This electron reflected back to the resonator cavity after some time. After that next electron B passes through gap ∆t time earlier. Since gap voltage is positive at this instant, the initial velocity V0 for this electron is higher than the average value (that of electron A). This electron will faster in the repeller or drifts space and take a longer time to come back to the resonator. It would make a bunch with electron A. Similarly an electron C, which passes through the gap ∆t time after A, appears with a smaller initial velocity and so takes less time to come back. So, this electron C also combined in the bunch with electron A. 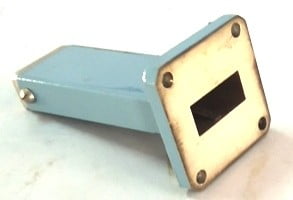 One Reply to “Reflex Klystron Amplifier”