Flip-flop is a sequential logical circuit, which is an edge trigger or sensitive. The flip-flop and latch are made via different logic gates. Flip-flop is different from latch because the clock feature is not present in latches, which is important for Flip-flop operations. The output of Flip-flops will change either at the increasing edge or decreasing edge of the clock pulse, whereas the output is a change in the latch at the change of the level of clock pulse either high or low level.

The block diagram of a standard flip-flop is shown below

A sequential circuit that has only two states, 1 or 0, is called a flip-flop. Its two outputs are complementary to each other.

Basically flip-flops are 4 types. These are-

The name of this flip-flop derives its name from set and reset states. They are also known as preset and clear states.

The letter D in the D flip-flop stands for “data” as this flip-flop stores single bit temporarily.

The JK flip-flop is the most versatile of the basic flip-flops. The input of a JK flip-flop has two inputs that are traditionally labelled as J and K with no other significance to JK except being consecutive alphabets.

T flip-flop also known as trigger/toggle flip-flop is the fourth type of flip-flop. It can be constructed from SR, D, and JK flip-flops.

It shows the inputs of flip-flops when the next state and present state are known.

In the design process, generally the values of transition from the present state to the next state are known and the inputs conditions are unknown. To find the input conditions with the help of these required transition values. There is a requirement of a table that gives a relation between inputs of flip-flop and its present and next state. Such a list is called an excitation table.

The Race-around Condition in flip-flops

The race-around condition can be avoided if clock pulse is reduce than propagation delay of flip-flop t< tp<T, but his is not practically feasible. A more practical method for this is the use of the master-slave flip-flop.

During the leading edge of the clock pulse, the data inputs are transferred to Q_{m} and \bar{Q_{m}} of the master. This state remains as long as the clock pulse is 0 at the slave. When the clock pulse goes negative on trailing edge the master becomes positive at the clock input of the slave and Q_{m} and \bar{Q_{m}}  of the master flip data inputs are transferred to Q and \bar{Q}  . This racing condition is averted as feedback from outputs that occurs for pulse at 0. Nevertheless it is to be noted that JK inputs should not be changed for the pulse duration which is overcome in master–slave flip-flop with data lock.

Flip-flops are used in a variety of application circuits, like the frequency division, counting circuits and data storage and transfer circuits. Some of the common uses of flip-flops are as:

Some other applications of flip flop

When a pulse waveform is given to the clock input of a T flip-flop formed from JK flip-flop, the Q output is in the form of a square wave. The frequency of the square wave is half of the input clock frequency. The division of the clock frequency depends on the number of flip-flops instituted in the circuit. Further divisions can be achieved by increasing the flip-flops. The circuit and waveform is shown in figure below.

Digital systems store data in groups of bits that represent numbers, codes, or other information. These bits of data available on parallel lines are stored in the flip-flops. This operation is shown below. Each of the three parallel data lines is connected to the D input of a flip-flop. All the clock inputs are connected to a single clock, this makes the data on the D input to get stored simultaneously by the flip-flops for the positive edge of the clock. 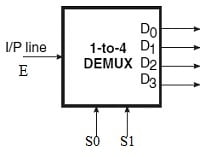