A system is a combination of devices and components connected together by some form of regular interactions to act together and perform a certain objective. The system may be physical, biological, economic and the like.

The term control means to regulate, to direct or to command. Thus, a control system may be defined as a combination of devices and components connected or related so as to command, direct or regulate itself or another system.

Features of a Control System

Requirements of a Good Control System

Accuracy: Accuracy is the measurement tolerance of the instrument and defines the limits of the errors made when the instrument is used in normal operating conditions. Accuracy can be improved by using feedback elements. To increase the accuracy of any control system error detector should be present in the control system.

Noise: An undesired input signal is known as noise. A good control system should be able to reduce the noise effect for better performance.

Speed: It is the time taken by the control system to achieve its stable output. A good control system possesses high speed. The transient period for such a system is very small.

Oscillation: A small number of oscillation or constant oscillation of output tends to indicate the system to be stable.

Basic Components of a Control System

The basic components of a control system can be represented by:

These components are shown in the form of a system block diagram as in the figure below and are described as follows.

Here, r(t) is the input signal, u(t) is the control signal/actuating signal and c(t) is the output signal.

In this system, the output remains unaltered for constant input. In case of any discrepancy, the input should be manually changed by an operator. An open-loop control system is suited when there is tolerance for fluctuation in the system and when the system parameter variation can be handled irrespective of the environmental conditions.

Here, the output of the machine is fed back to a comparator (error detector). The output signal is compared with the reference input r(t) and the error signal e(t) is sent to the controller. Based on the error, the controller adjusts the air conditioner’s input [control signal u(t)]. This process is continued until the error gets nullified. Both manual and automatic controls can be implemented in a closed-loop system. The overall gain of a system is reduced due to the presence of feedback. In order to compensate for the reduction of gain, if an amplifier is introduced to increase the gain of a system, the system may sometimes become unstable.

Some examples of open-loop and closed-loop control systems are as follows:

Differences between the open-loop and closed-loop systems

Other Types of Control Systems

The time-invariant control system is one whose parameters do not vary with time. The response of such a system is independent of the time at which input is applied. For example, resistance, inductance, and capacitance of an electrical network are independent of time.

A time-varying system is one in which one or more parameters vary with time. The response depends on the time at which input is applied. A space vehicle control system where mass decreases with time, as fuel it carries is consumed during flight, is an example of a time-varying system.

In continuous control systems, all system parameters are a function of continuous-time, t. A discrete-time control involves one or more variables that are known only at discrete instants of time.

A system with one input and one output is called a single-input–single-output control system. In other words, there is only one command and one controlled output. 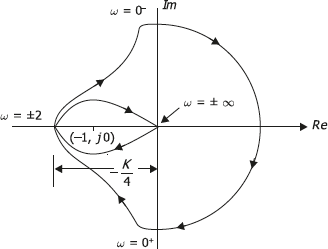