Yagi antenna has one driven element for inserting feed, one reflector for reflecting signals, and one or more directors. So, the yagi antenna is an array of one driven element (or active elements where the power from the transmitter is fed or which feeds received power to the receiver) and one or more parasitic elements (which are not connected directly to the transmission line but electrically coupled).

The phase of voltage and currents change in the Yagi antenna due to the induced voltage, which depends on the spacing between the various elements those are used in antenna and also depend upon the reactance of the elements.  The Yagi Uda antenna a directional antenna so its radiation pattern is also is directional. 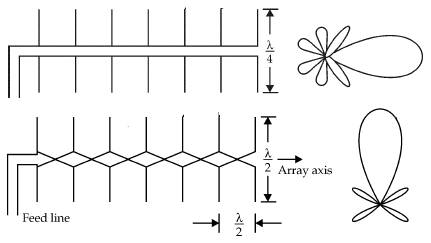 What is an Antenna