This is the most common type of flat panel displays (FPDs) and has been widely used since the early 1970’s. LCD TV was a very popular replacement of Cathode Ray Tube (CRT) due to its slim and compact size. This display has been a very fine quality of videos. Recent advances in flat-panel LCD technology now allow for larger screens, wider viewing angles, and higher quality video images. This display technique is to work on some optical and electrical properties of liquid crystals. These liquid crystals molecules allow the light at a different speed when the light beam is passed from it along its axis or perpendicular to the axis. These molecules have the ability of polarization of light.

The LCD screen is not produced or emits any light like LED but it works on the principle of blocking of light. In the background, there is a light present due to LCDs do not emits light.     When the current is not flowing in the circuit, the LCD molecules are in a properly aligned manner. This time, the panel of LCD will show in silver color due to light passes through both plates of polarizers.

The liquid crystal was discovered by an Austrian botanist Friedreich Rheinizer in 1888. He saw that when he liquefied an inquisitive cholesterol-like substance (cholesteryl benzoate); it first turned into a cloudy liquid and afterward cleared up as its temperature rise. Upon cooling, the fluid turned blue before, at last, taking crystallized shape. After many years, it was observed that when liquid crystals are excited by an external electrical charge may change the properties of light going through the crystals. After that RCA made the primary test LCD in 1968.

In the LCD there is two sheets of polarized material are placed, which is transparent. In these two sheets, one sheet is coated with a special polymer of liquid crystals, are adhered together. An electrical current passed through individual crystals, which interpret the information from the broadcast signal to allow or disallow light through them to create an image. The crystals themselves don’t deliver light, so there is the non-emissive technology used and in this way, there is not produced any kind of radiation like conventional television. For illuminating the image the Fluorescent tubes are placed between the transparent materials. The fluorescent tubes consume a small amount of power for operation rather than CRT and plasma televisions.

All LCDs utilize the fact that certain organic molecules (liquid crystals, LC) can be reoriented due to an electric field. As these materials are optically active, their nature twisted structure can be used to turn the polarization of light by, for example, 90 degrees. Two crossed polarizer’s normally do not transmit any light but if a 900 – twisted LC is inserted in between, the light will be transmitted as shown in the figure. On the other hand, applying an electric field will unwind the helical structure and the LC, therefore, loses its polarization-rotating characteristics. As a result, the display turns dark. An LCD consists of an array of picture elements (“pixels”) which can be individually addressed according to the principle below. 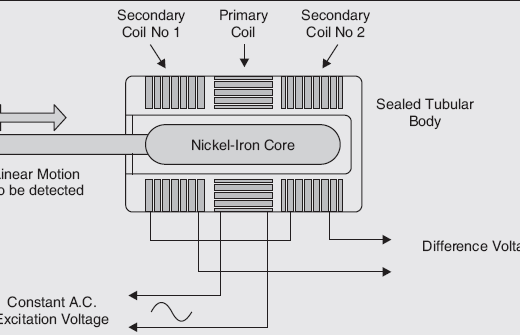 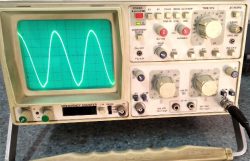