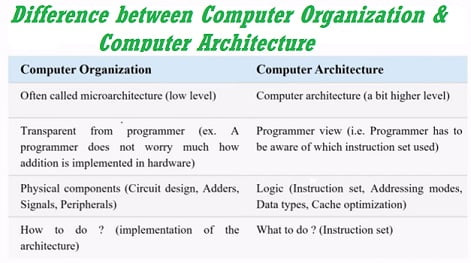 Difference between CO and CA

The Computer organization deals with the study of the behavior and structure of different building blocks of a computer system. Computer design refers to the transformation of the behavior to the corresponding structure. And the detailed study of the art/science of dividing the system functions in software and hardware modules and establishing the interface among them is known as computer architecture.

Merging of computer and the communication technologies has already ushered in a significant technoligocal revolution. This in turn will lead to the merging of electronics with computer. New and innovative designs to suit the specific requirements of the changing scenario are expected to further evolve in the near future. Hence, computer organization study is a must.

Tip: Architecture indicates its hardware whereas the organization reveals its performance

Let us tabulate the differences between CO and CA now. 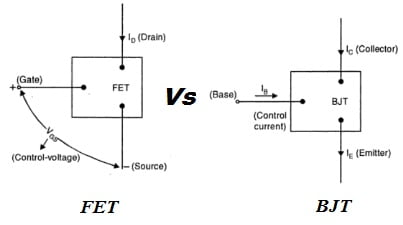